The official website of the Commission of Inquiry into the circumstances leading to and surrounding the deaths of four divers on February 25, at the facilities operated by Paria Fuel Trading Company Limited in Point-à-Pierre, has been launched.

Fyzal Kurban, Rishi Nagassar, Yusuf Henry and Kazim Ali Jnr were part of an LMCS Limited crew performing an underwater maintenance exercise at the #36 Sealine riser on Pier #6 at Paria, Pointe-à-Pierre. While performing their duties, an “incident” occurred which resulted in the men being sucked into a 32-inch underwater pipeline.

The bodies of three divers were found on February 28, while Nagassar’s body was found about 2 days later.

On July 7, the WCC’s new president, Queen’s Counsel Jerome Lynch, at a press conference, said the Commission’s job was to find the facts and not comment on speculation about things. which would be linked to the tragedy.

He also promised that “no stone will be left unturned” in the investigation. 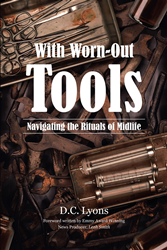