NEW YORK (AP) — Bill Gates says the global hunger crisis is so huge that food aid can’t completely solve the problem. What’s also needed, Gates says, are the kinds of innovations in agricultural technology he’s long funded to try to reverse the crisis documented in a report released Tuesday by the Bill and Melinda Gates Foundation.

Gates points, in particular, to a breakthrough he calls “magic seeds,” crops designed to adapt to climate change and resist agricultural pests. The Gates Foundation also released a map which models how climate change is likely to affect crop growing conditions in various countries to underscore the urgent need for action.

By assigning technology a prominent role in solving the global food crisis, Gates is at odds with critics who say his ideas conflict with global efforts to protect the environment. They note that these seeds generally need pesticides and fossil fuel-based fertilizers to grow.

Critics also argue that Gates’ approach falls short of the urgency of the crisis. The development of “magic seeds” takes years and will not immediately relieve countries that are currently enduring widespread suffering because of their dependence on food imports. or experiencing historic droughts.

It’s a debate that could intensify international pressure to achieve shared goals of global prosperity and peace, known as the United Nations’ Sustainable Development Goals, before the 2030 deadline. The 17 goals include the eradication of poverty and hunger, the fight against climate change, access to drinking water, the promotion of gender equality and the reduction of economic inequalities.

“It’s pretty grim compared to our hopes for 2030,” Gates, 66, said in an interview with The Associated Press. He added, however, “I’m optimistic we can get back on track.”

Gates pointed to the war in Ukraine and the pandemic as the main causes of the worsening hunger crisis. But his message to other donors and world leaders gathered for the UN General Assembly in September is that food aid will not be enough.

“It’s good that people want to prevent their fellow human beings from starving when conflicts like Ukraine cut off food supplies,” Gates writes in the new report. But the real problem, he says, is that many food-insecure countries do not produce enough of their own food – a problem that is sure to be exacerbated by the consequences of climate change..

“The temperature continues to rise,” Gates said. “There is no way, without innovation, to even get closer to feeding Africa. I mean, it just doesn’t work.

As he has done for more than 15 years, Gates called for investment in agricultural research, highlighting corn seeds that thrive in higher temperatures and drier conditions than other varieties. These seeds were developed under a program of the African Agricultural Technology Foundation to which the foundation has given $131 million since 2008.

Since then, the Gates Foundation has spent $1.5 billion on agriculture-focused grants in Africa, according to Candid, a nonprofit that studies philanthropic giving. The Bill and Melinda Gates Foundation is in some ways the largest private foundation in the world and is best known for its work on global health, including vaccines. It began in its current form in 2000, after Gates left his post as CEO at Microsoft, the tech giant he co-founded. Forbes estimates his net worth at around $129 billion.

The foundation’s agricultural development spending explains why Gates’ view of how countries should respond to food insecurity has taken on added importance in a year when a record 345 million people around the world are suffering from acute hunger. The World Food Program said in July the tally represents a 25% increase from Russia’s invasion of Ukraine in February and a 150% jump from before the pandemic hit in spring 2020 .

In Ghana, field trials for four modified seed varieties began in 2013. But only one was approved for commercialization last summer, said Joeva Rock of the University of Cambridge. . Activists there, she said, questioned whether those resources could have been better spent elsewhere.

“What if these were used to increase funds for national research centers in Ghana, to build roads, to build warehouses, to build silos or to help build markets?” said Rock, who has written a book on food sovereignty in the country.

When asked, Gates acknowledged the importance of infrastructure such as roads and other transportation systems.

“If you want your inputs like fertilizers to come in, if you want your production to go out, it’s just too expensive in Africa without that infrastructure,” he said, adding that building and maintaining roads are very expensive.

Some scholars question the wisdom of pursuing the fundamental premise that Gates adopted: to increase agricultural production through the use of seeds modified with fertilizers and pesticides. They point to the environmental footprint of industrial agriculture, including the use of fossil fuel-based fertilizers, the degradation of soil quality and the loss of biodiversity.

Alternatives could include agroecological interventions, such as developing locally managed seed banks, composting systems to promote soil health, and pesticide interventions that don’t rely on chemicals, experts said. Over time, these approaches can reduce the need for food aid and build more resilient agricultural systems, according to Rachel Bezner Kerr, professor of global development at Cornell University.

Kerr, one of the lead authors of the food chapter of the International Panel on Climate Change’s latest report, said that while the panel does not make recommendations, “in the together, the focus on a few technologies and reliance on fossil fuel inputs are not consistent with ecosystem-based adaptation” or a biodiverse future.

Mark Suzman, CEO of the Gates Foundation, defends his approach by warning that limiting access to fertilizer means farmers cannot increase their yields.

“Fertilizer is necessary. You just can’t achieve the overall productivity gains without it,” Suzman said, on a call with reporters.

In his interview with the AP, Gates himself dismissed criticism of the foundation’s emphasis on modified seeds.

“If there’s a non-innovative solution, you know, like singing ‘Kumbaya,’ I’ll put money behind it,” Gates said. “But if you don’t have those seeds, the numbers just don’t work.” He added: “If someone says we’re ignoring a solution, I don’t think they’re looking at what we’re doing.”

Another project funded by the foundation is the development of computer models that attempt to measure crop losses caused by diseases or pests. The idea is to direct research and answers to where they are most needed.

“It’s not just, how do you get through this crisis and get back to normal? That is, what does the future normal look like? said Cambria Finegold, director of digital development for CABI, an intergovernmental nonprofit organization that develops the models.

Melinda French Gates, the other co-chair of the Gates Foundation, highlighted in a separate letter the halting progress towards gender equity around the world. Since January, the foundation has expanded its board of directors, adding six new members to help direct his work, a move that followed the announcement of the Gates’ divorce last summer.

French Gates has agreed to step down after two years if the two decide they cannot continue working together. French Gates, who also founded an investment organization called Pivotal Ventures, was unavailable for an interview.

Through his donations, investments and public speaking, Gates has garnered attention in recent years, particularly on the topics of vaccines and climate change. But he’s also been the subject of conspiracy theories. who play his role as a developer of new technologies and his place among the highest echelons of the rich and powerful.

Gates said he doesn’t spend his time thinking about conspiracies and his foundation’s work has nothing to do with his personal reputation.

“If you go to those countries, they’ve never heard of me or the foundation,” Gates said. “Maybe in the rich world someone reads something on the internet, but the people we care about have never done it, never will, and it doesn’t matter that they ever know who I am.”

The Associated Press’ coverage of philanthropy and nonprofits is supported through the AP’s collaboration with The Conversation US, with funding from Lilly Endowment Inc. The AP is solely responsible for this content . For all of AP’s philanthropy coverage, visit https://apnews.com/hub/philanthropy.

Previous Patty Murray slams opponent for questioning election results. She did the same in 2004.

Next The multi-channel network market is progressing positively, projects 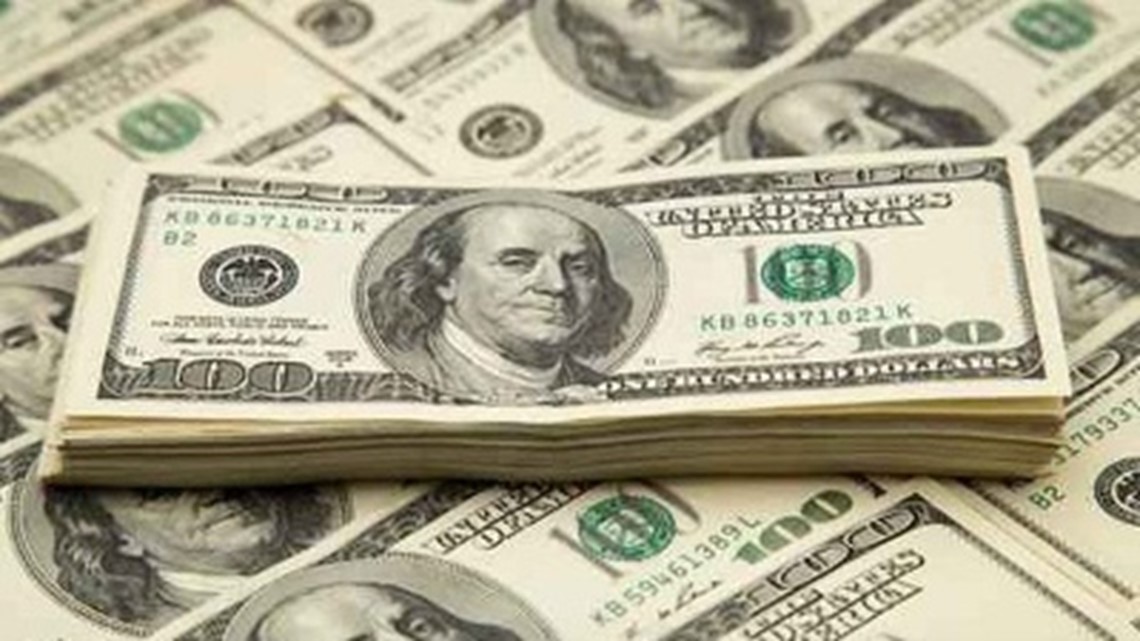 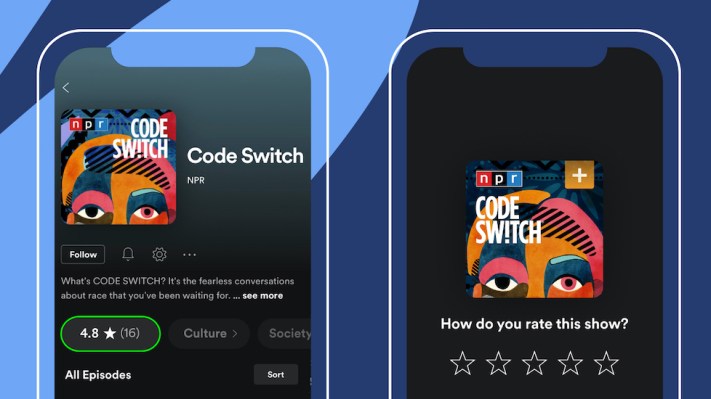 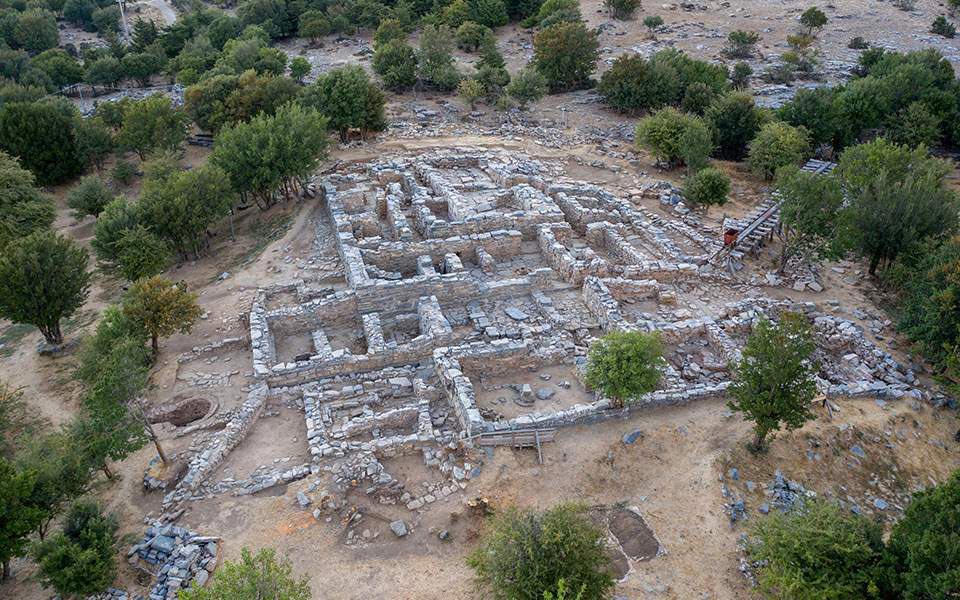